Starting Oct. 15, masks are optional for Fitness Center members when working out in the Fitness Center, including the locker room, sauna and shvitz.

Looking for your next great read? Join our book groups and get in on thought-provoking discussion in the warm company of the JCCSF community. 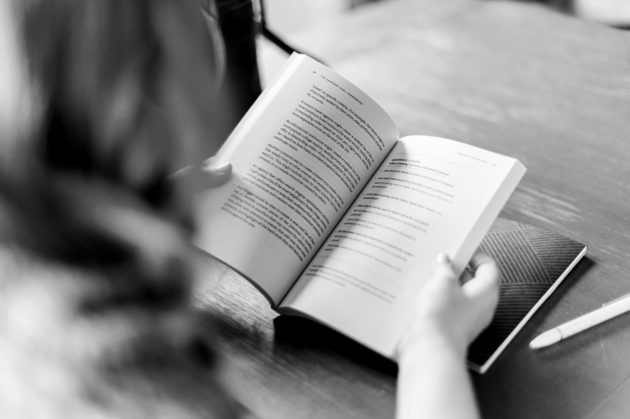 Together, we love sharing ideas — so come ready for eye-opening conversations. Book genres and topics vary. All will strengthen your sense of togetherness with others in the JCCSF community in a social and relaxed setting.

We’re excited to re-start our afternoon book club! The afternoon book group met for over ten years and was on hiatus during the pandemic, but we’re back! The group will continue to read a variety of fiction and nonfiction books chosen by the members. We’re staring up in person in November 2021, hope you’ll join us!

Interested? Please connect with Shiva Schulz, Lifelong Learning Manger, at sschulz@jccsf.org or call 415-292-1260 to get on the list to join.

An exciting, dual-timeline historical novel about the creation of one of Leonardo da Vinci’s most famous paintings, Portrait of a Lady with an Ermine, and the woman who fought to save it from Nazi destruction during World War II. Milan, 1492: When a 16-year old beauty becomes the mistress of the Duke of Milan, she must fight for her place in the palace–and against those who want her out. Soon, she finds herself sitting before Leonardo da Vinci, who wants to ensure his own place in the ducal palace by painting his most ambitious portrait to date.Munich, World War II: After a modest conservator unwittingly places a priceless Italian Renaissance portrait into the hands of a high-ranking Nazi leader, she risks her life to recover it, working with an American soldier, part of the famed Monuments Men team, to get it back.

December 8: The Girl from Berlin: A Novel, by Ronald H. Balson

Liam Tag­gart, an inves­ti­ga­tor, and his wife, attor­ney Cather­ine Lock­hart, are invit­ed to din­ner at their favorite Ital­ian restau­rant. They are offered a free trip to Tus­cany to help the owner’s aging aunt Gabi who is being evict­ed from her vine­yard by a large cor­po­ra­tion. Upon their arrival in Tus­cany, Gabi tells them to read a mem­oir by Ada Baum­garten, a Ger­man vio­lin­ist forced to flee Berlin and set­tle in Bologna, Italy when the Nazis took pow­er. Read­ers get a vivid descrip­tion of the fate of Italy’s Jew­ish com­mu­ni­ty dur­ing World War II and Ada’s life as a Ger­man Jew in exile. Bal­son places real his­tor­i­cal fig­ures in the sto­ry pro­vid­ing con­text. As Cather­ine and Liam dis­cov­er, Ada has a direct link to Gabi and her vine­yard which the cor­po­ra­tion has tak­en extreme mea­sures to hide.  Mur­der, decep­tion, and greed are involved, but this com­pelling sto­ry offers the beau­ty of music and love, and the pos­si­bil­i­ty of redemption.

Hailed as “breathtakingly suspenseful,” Jean Hanff Korelitz’s The Plot is a propulsive read about a story too good not to steal, and the writer who steals it. When a young writer dies before completing his first novel, his teacher, Jake, (himself a failed novelist) helps himself to its plot. The resulting book is a phenomenal success. But what if somebody out there knows? Somebody does. And if Jake can’t figure out who he’s dealing with, he risks something far worse than the loss of his career.

In September 1969, a fumbling, cranky old church deacon known as Sportcoat shuffles into the courtyard of the Cause Houses housing project in south Brooklyn, pulls a .38 from his pocket, and, in front of everybody, shoots the project’s drug dealer at point-blank range. The reasons for this desperate burst of violence and the consequences that spring from it lie at the heart of Deacon King Kong, James McBride’s funny, moving novel and his first since his National Book Award–winning The Good Lord Bird. In Deacon King Kong, McBride brings to vivid life the people affected by the shooting: the victim, the African-American and Latinx residents who witnessed it, the white neighbors, the local cops assigned to investigate, the members of the Five Ends Baptist Church where Sportcoat was deacon, the neighborhood’s Italian mobsters, and Sportcoat himself. As the story deepens, it becomes clear that the lives of the characters—caught in the tumultuous swirl of 1960s New York—overlap in unexpected ways. When the truth does emerge, McBride shows us that not all secrets are meant to be hidden, that the best way to grow is to face change without fear, and that the seeds of love lie in hope and compassion. Bringing to these pages both his masterly storytelling skills and his abiding faith in humanity, James McBride has written a novel every bit as involving as The Good Lord Bird and as emotionally honest as The Color of Water. Told with insight and wit, Deacon King Kong demonstrates that love and faith live in all of us.

December 21: The Only Woman in the Room by Marie Benedict

Her beauty almost certainly saved her from the rising Nazi party and led to marriage with an Austrian arms dealer. Underestimated in everything else, she overheard the Third Reich’s plans while at her husband’s side and understood more than anyone would guess. She devised a plan to flee in disguise from their castle, and the whirlwind escape landed her in Hollywood. She became Hedy Lamarr, screen star. But she kept a secret more shocking than her heritage or her marriage: she was a scientist. And she had an idea that might help the country fight the Nazis and revolutionize modern communication…if anyone would listen to her. A powerful book based on the incredible true story of the glamour icon and scientist, The Only Woman in the Room is a masterpiece that celebrates the many women in science that history has overlooked.

In 1942, in a quiet village in the leafy English Cotswolds, a thin, elegant woman lived in a small cottage with her three children and her husband, who worked as a machinist nearby. Ursula Burton was friendly but reserved, and spoke English with a slight foreign accent. By all accounts, she seemed to be living a simple, unassuming life. Her neighbors in the village knew little about her. They didn’t know that she was a high-ranking Soviet intelligence officer. They didn’t know that her husband was also a spy, or that she was running powerful agents across Europe. Behind the facade of her picturesque life, Burton was a dedicated Communist, a Soviet colonel, and a veteran agent, gathering the scientific secrets that would enable the Soviet Union to build the bomb. This true-life spy story is a masterpiece about the woman code-named “Sonya.” Over the course of her career, she was hunted by the Chinese, the Japanese, the Nazis, MI5, MI6, and the FBI—and she evaded them all. Her story reflects the great ideological clash of the twentieth century—between Communism, Fascism, and Western democracy—and casts new light on the spy battles and shifting allegiances of our own times. With unparalleled access to Sonya’s diaries and correspondence and never-before-seen information on her clandestine activities, Ben Macintyre has conjured a page-turning history of a legendary secret agent, a woman who influenced the course of the Cold War and helped plunge the world into a decades-long standoff between nuclear superpowers. 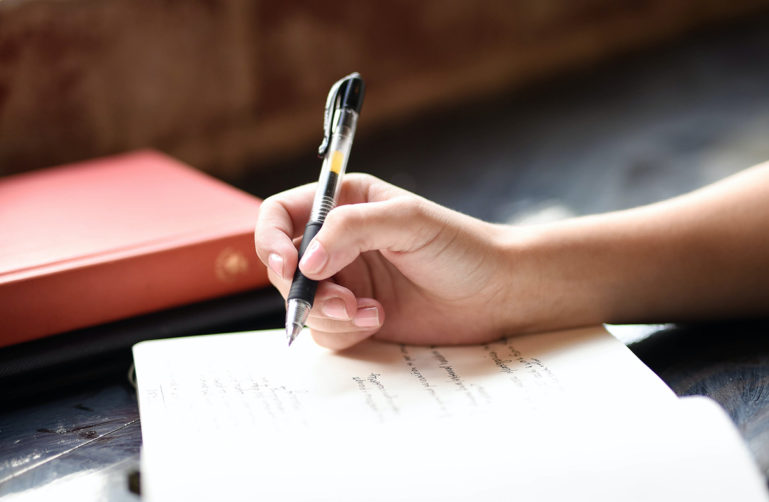 Ages 18+
Online
Interested in enhancing your writing skills? Join us for creative writing workshops, and be driven by the passion and energy of the...
Contact Us Learn More 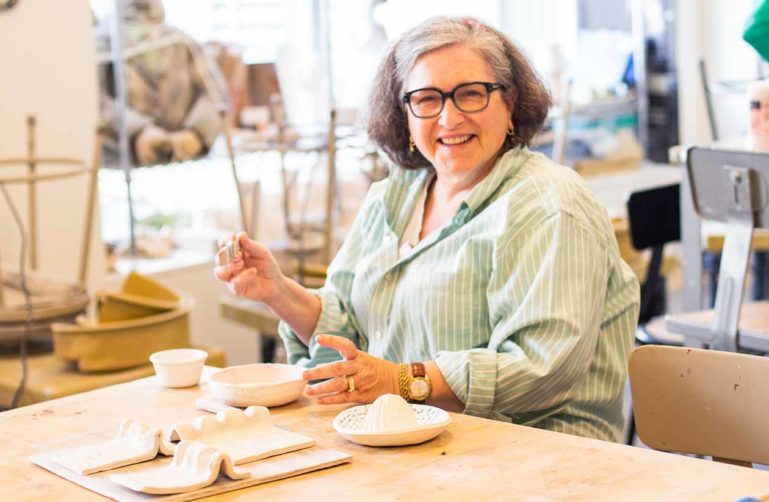 Ages 18+
Online
Let's get creative. The JCCSF offers a variety of art classes, ranging from sculpture to painting to drawing. Led by instructors...
Contact Us Learn More
Contact Us
We use cookies on our website to give you the most relevant experience by remembering your preferences and repeat visits. By clicking “Accept”, you consent to the use of ALL the cookies.
Cookie settingsACCEPT
Manage consent

WORK IT OUT WITH US. 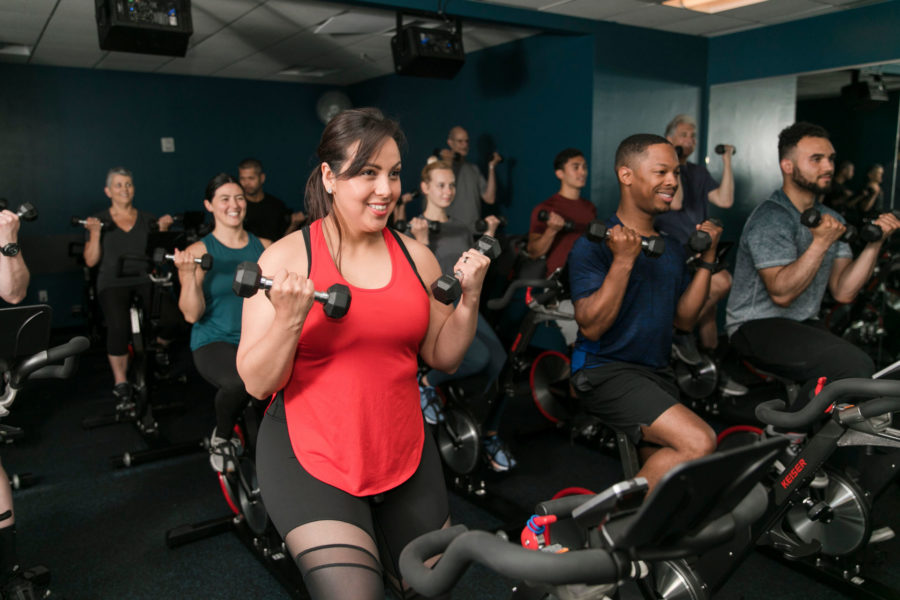