No Place On Earth: Documentary Discussion

Join us in honoring Holocaust families, their descendants and advocates, as we discuss their unforgettable story of survival captured in the docudrama No Place On Earth. 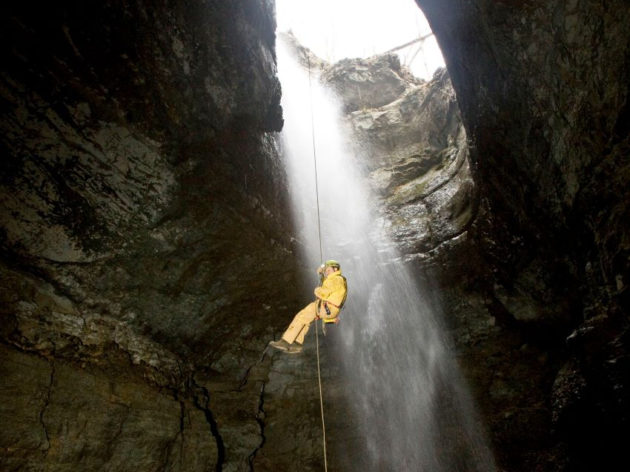 No Place On Earth brings to light the untold story of thirty-eight Polish Jews who survived World War II by living in caves for eighteen months, the longest-recorded sustained underground survival. Built upon interviews with survivors, as well as Chris Nicola, the caving enthusiast who unearthed the story, this documentary is an extraordinary testament to ingenuity, willpower, and endurance against all odds.

Please join us to honor the families, their descendants and their advocates, who together have transmitted an unforgettable story of survival in the Holocaust through testimonies, literature, and the docudrama No Place On Earth.

Register and receive a link to the docudrama film for free streaming prior to the event.

Presented in partnership with the Taube Philanthropies, Congregation Emanu-El, JFCS Holocaust Center, and the Taube Center for Jewish Life and Learning.

RANDI DODICK FIELDS
Randi’s father, Cecil Dodick, was born in 1927 in the town of Korolowka, which was then Poland. He immigrated to Canada with his immediate family in the early 1930s, but many of his cousins remained in Korolowka and are among the survivors portrayed in the film. Randi is currently
the Senior Director of Membership and Engagement Operations at Congregation Emanu-El.

CHRIS NICOLA
Chris is a retired Senior Investigator for New York State and caving expert who, in 1993, discovered the hiding places of three Jewish families in the caves of western Ukraine. He undertook a ten-year quest to find the survivors and was able to bring some of them back to the caves where they had lived 50 years previously.

JANET TOBIAS
Janet is an award-winning director, producer, and writer who began her film and television career at CBS’s 60 Minutes as Diane Sawyer’s associate producer. In addition to producing and co-writing No Place on Earth (2012), she has also directed the documentary Unseen Enemy (2017) on the threat of pandemics, Memory Games (2018) on the brain’s potential for memorization, and is currently working on a film about Dr. Anthony Fauci.

DR. NATALIA ROMIK
Natalia is an architect and Holocaust researcher known notably for her scholarly work: “Hideouts: The Architectural Analysis of the Secret Infrastructure of Jewish Survival during the Second World War,” in which she examines, through archival material, oral history, and site visits, the physical and emotional dimensions of Jewish remnant hiding places.

SHANA PENN, moderator
Shana is Executive Director of Taube Philanthropies and a scholar-in-residence at the Graduate Theological Union’s Center for Jewish Studies, in Berkeley. She is the author of books and articles including the award-winning Solidarity’s Secret: The Women Who Defeated Communism in Poland (University of Michigan Press, 2005).