Alice Neel: People Come First – Up Close with the Exhibit

Enjoy a docent-led, intimate experience of a painter’s work – socially conscious and ahead of its time. 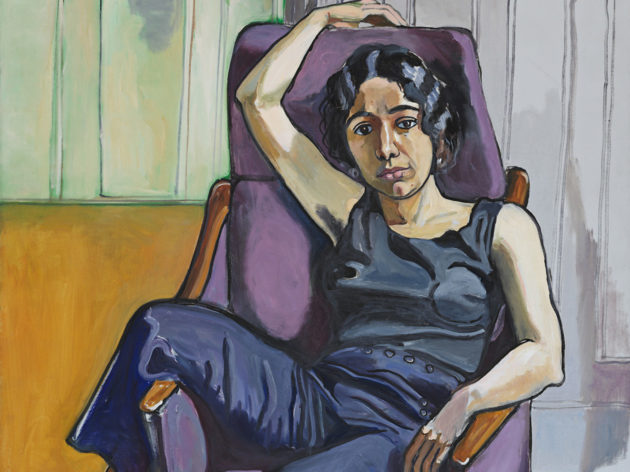 Step into the world of Alice Neel. This in-depth presentation reveals an ambitious retrospective which features paintings, drawings, watercolors, and film. Neel was one of the century’s most radical painters, a champion of social justice whose longstanding commitment to humanist principles inspired her life as well as her art. Neel was a “collector of souls,” a phrase that encapsulates her ability to reflect her sitters as well as the era in which they lived. Included in the show are portraits of Neel’s neighbors in Spanish Harlem, political leaders, queer cultural figures, activists, mothers, and a diverse representation of nude figures, including visibly pregnant women, all of whom embody a candor and irreverence without precedent in the history of Western art. Her radical empathy and progressive politics are reflected in a body of work that reflects the cultural shifts of the twentieth century.

“For me, people come first. I have tried to assert the dignity and eternal importance of the human being.” – Alice Neel

Luanne Andreotti is an arts writer and editor and a docent at the Fine Arts Museums of San Francisco (FAMSF). Luanne received her Master of Arts degree in Journalism from the Medill School of Northwestern University and her Bachelor’s Degree in History from the University of California, Santa Barbara. She is currently the editor-in-chief of docent to docent Magazine, an online FAMSF resource she co-founded to connect the docent community. Luanne began her career as an on-air reporter for a CBS affiliate in central Pennsylvania, and at CNN in Atlanta as a news writer and on-air reporter for the southeast bureau and Showbiz Today. She left broadcasting to write about art and design and has served as an editor and contributor to newspapers and magazines nationwide, including Metropolitan Home, Gentry, Northern California Home and Design, Dwell, San Francisco Examiner, Divine Caroline, and Elle Décor. She segued to the web as West Coast Editor of Ecosalon.com, a magazine covering mindful living.  She also produced the book Nursery Style for the design brand, Serena and Lily. Luanne enjoys sharing her life-long passion for figurative art, art history, fashion, and design with diverse audiences of all ages.